Chronicles of a Bondsman – 3

A defendant was being held on several dangerous drug charges and his bond was set at $9,000. The Defendant had been to prison before and was most assuredly headed for prison again. Family and friends of the defendant had been calling for days to obtain his Phoenix bail bonds information.  Finally the family came up with the needed cash and the collateral.  They were using an old lady’s home; a modest little place probably only worth $35,000 at the time, but the old woman owned it free and clear of any liens.  The old lady was a friend of the family and just wanted to help out.  Long story short, the Defendant skipped bail and although our bounty hunters put the defendant back in jail, I still had to defend myself against a bail bond forfeiture hearing and pay the bounty hunters for arresting the Defendant.  Final bill came to $1,850.

The Defendant’s family disappeared into obscurity leaving the old lady holding the bag.  The old lady didn’t have a penny to her name, as she was on Social Security and disability; all she had was this free and clear house that she put up as collateral to help her “friends” bail their son out.  The Defendant’s family would not pay off the debt and were going to let the old lady’s house be foreclosed upon.  Their attitude was “she should have been more careful.”  Phone conversations I had with them proved fruitless, they had not an ounce of moral responsibility for the position they had put their friend in.

I didn’t have the heart to foreclose on the old Woman’s house so I set her up on a payment plan.  All she could afford was $25.00 per month.  Month after month I received her $25.00 payment, never a miss and never a complaint did I get from her.  One day after about a year of this, I received a check covering the entire balance of the bond debt.  As it happened, the little old lady had a compassionate brother, someone raised just as she had been, who had sold something to take care of her debt.

The Defendant’s family never offered a penny’s worth of help for the grief they put the old woman through.  It was a real eye opening event for me and a lesson I pass on to my potential clients.

The Moral of the story; never put up more than you can afford to lose on a bail bond, and be careful who you help lest you be cast into the same fire with them.

Do you need a Phoenix Bail Bond Company? 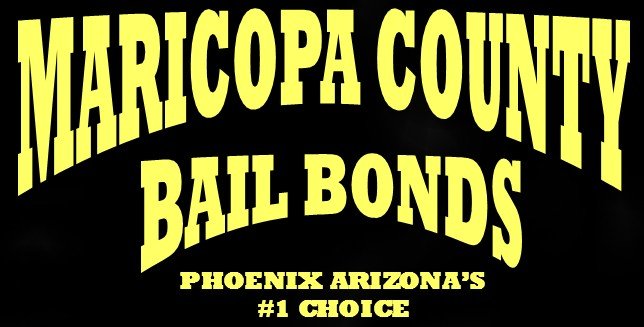 Do you need a Phoenix Bail Bonds Company offering fast service with the lowest rates allowed by law?  Maricopa County Bail Bonds has provided bail bonds to Phoenix and surrounding communities for years.  The Maricopa County Jail has over 10,000 inmates incarcerated in several facilities throughout Phoenix, including:

Obtaining a bail bond for an inmate in a Phoenix jail can be a daunting task. Choosing a reliable Phoenix bail bond company is no easy matter and can be as difficult as finding a reliable used car. Maricopa County Bail Bonds takes the time to explain to its clients the bail bond process.  We have learned that a knowledgeable client that understands the process and risks is more likely to be satisfied.