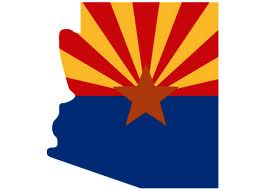 Phoenix bail bond companies are a dime a dozen; some are reputable, some are not. The interesting thing about obtaining bail bonds in Phoenix is the intense competition amongst bondsmen vying for your business. As competition increases in a business sector, so will illegal activity.   Be aware that there are minimum requirements set by law for Arizona Bail Bonds.   A bail bond is composed of two parts; the premium (fee) and the collateral needed to secure the bond.  The minimum premium cost of a bail bond in Phoenix is 10% of the bond, in other words, if the bond amount is $2,000 you will need to pay a $200 non-refundable fee.  In addition, bail bonds need to be secured with collateral.  Collateral is something of value that you put up as security that is worth the amount of the bond.

Not exactly, Phoenix bail bond agents will sometimes wave their collateral requirements, or take payments on the premium to “help” you get the bond.  Agents advertising 5% down are prime examples of this.  Bondmen that compromise their security are generally nervous about the Defendant they bailed out of jail; they are more apt to re-arrest the defendant and revoke their bond then a bondsman that gets the premium fee and collateral up front.  Once your bond is revoked, you lose whatever premium you paid and your back in jail.  If you deposited collateral with the agent, he will hold on to it until you pay the whole thing off.  If the bondsman rearrested the Defendant  he will probably tack on his bounty hunting fees.  Be wary of short cuts and bondsmen wanting to give you something for next to nothing.  Call Maricopa County Bail Bonds for the straight facts on Phoenix bail bonds – (602) 258-4488.